Please direct all membership enquiries, detail changes etc to the Club Office (Tel; 01952 822126), rather than to Committee members. Members are reminded that most of the Committee Members are volunteers and therefore your co-operation is requested in phoning before 9pm please!
​ 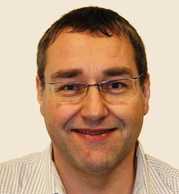 I got the TVR bug in the early 90's, bought my first TVR (a red 3000M which I still own) and joined the club. I soon became an assistant RO in West Lancs, a position I still hold. Since then the red M has been joined by two more M series cars, both have been re-engined with rover V8's. I heard rumours about the club holding an archive and soon became curious about what was in the archive. When I found that the position of archivist had become vacant I jumped at the chance and applied to the committee to take the post. I was delighted when I was given the position then, two days after I moved house, a small van turned up and dropped off lots of cardboard boxes, adding to the chaos of the move. I have since started sorting through the items to find many interesting bits and pieces.

The primary role of the archivist is to maintain and add to the archive for the benefit of the members. In addition to this, my long term plan for the archive is to catalogue it and to scan many of the choice items into digital form. That way they can be preserved for all eternity without the possibility of them being lost by flood, fire, theft etc. One of my goals has been to make as much of this information accessible to the club members. As I scan items into digital form, I have started to post as many as I can on to the club website (check out the the Club Archives) This has enabled car club members to view and download the scans to their own computer's and so beginning to make the archive much more accessible to the club members.

A secondary role is to answer enquiries on members cars using the archive information which I do on an individual basis. In addition I am the point of contact for the DVLA regarding validation of TVR re-registrations and importation questions. The information held within the archive is invaluable in providing this service and has enabled several TVR owners to re-claim original registrations on restored vehicles.